from Michalsky Living with A.S. Création

“Wallpaper is once again gaining ground, and I myself always liked wallpaper.[...] Bare, white walls often cry out to be beautified with wallpaper.”
Michael Michalsky 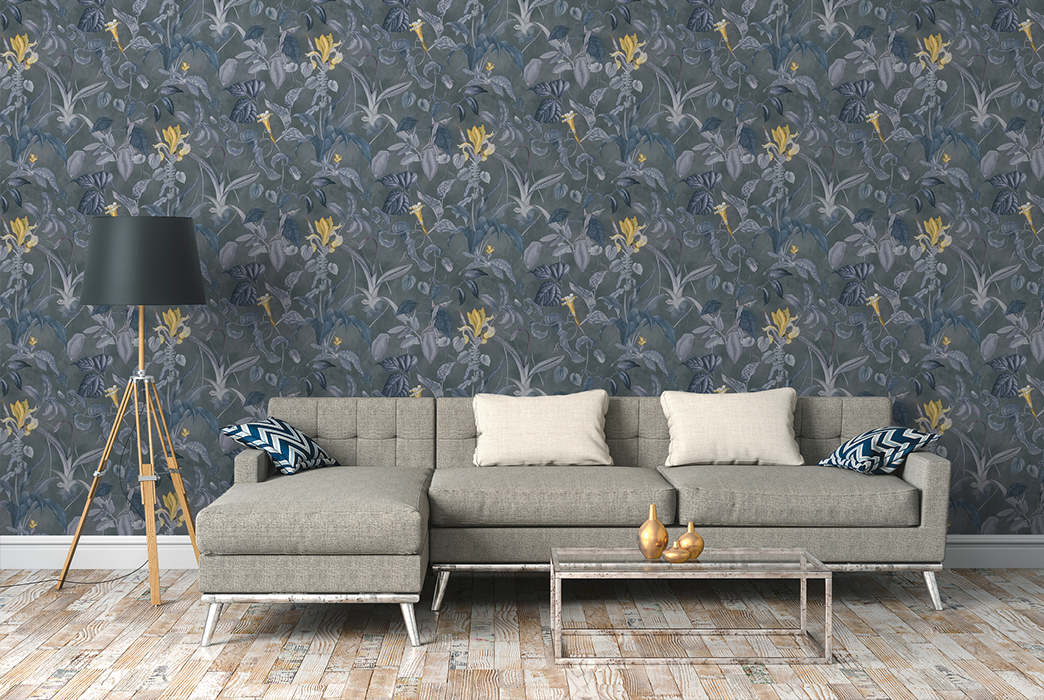 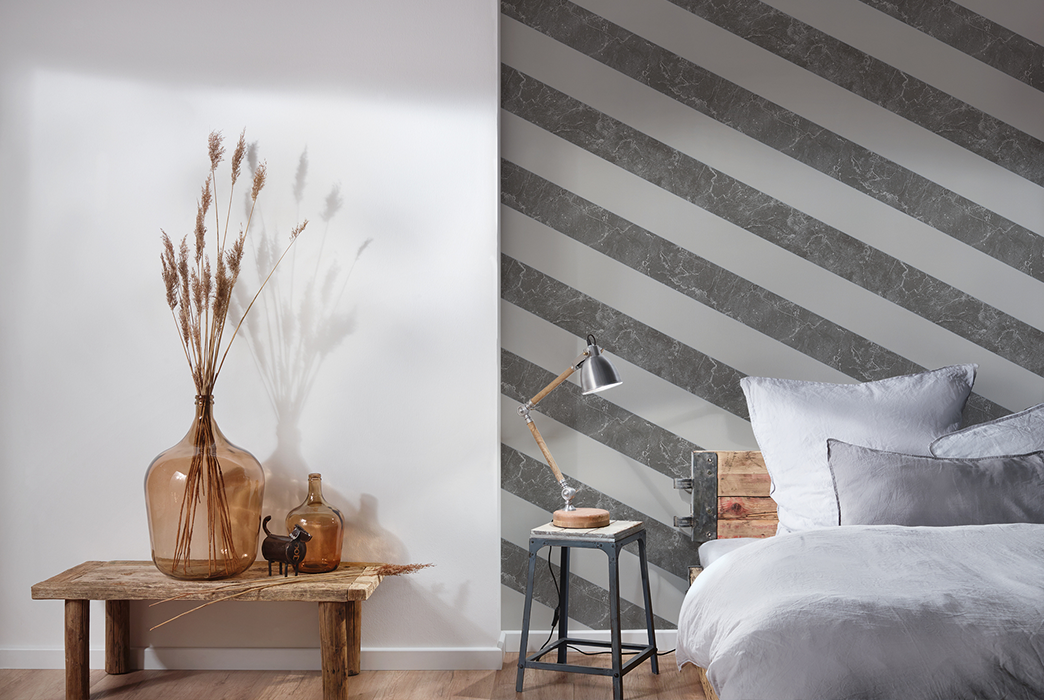 The collaboration between Michalsky Living and the wallpaper manufacturer A.S. Création has already given rise to four successful collections already. The concept of modern interior design, inspired by the style and attitude to life of modern metropolises, is constantly further developed and reflects the urban zeitgeist of big cities. At the heart of the wallpaper collection is the special design language of fashion designer Michael Michalsky. Michalsky’s unique signature not only ensures that the interior design concept is constantly further developed, it also renders the collections compatible with one another.

Since 2013, Michalsky Living has represented sophisticated wallpaper design and was awarded the ‘German Design Award’ after the first collection expansion in 2017. Since then, the brand has brought three more successful wallpaper collections to the market. Ever since they were launched to the market, wallpapers bearing the design label ‘Michalsky Living’ have been conquering walls both in public and private spaces. The timeless and elegant designs decorate apartments and houses and can be found in buildings such as museums and theatres, thanks to their sophisticated decor and outstanding quality.

Michalsky wallpapers are synonymous with innovative design and outstanding quality and represent a modern style of home decor with their relaxed elegance.

Who is: Michael Michalsky

This well-known and influential fashion designer from Germany chose to study fashion in the fashion metropolis that is London and then worked as head designer at Levis. Then he was appointed as the leading creative director for the Adidas brand. Michael Michalsky has been Creative Director of the bag label MCM since 2006. At the same time, the design professional founded his own label and established his own style under his own name.

The label ‘Atelier Michalsky’ of Berlin has been enriching the high fashion market with its visionary creations. High-quality materials and sophisticated design are the main hallmarks of all of the creations of this couturier. Once the celebrated designer Michalsky had established himself as one of the greats of the fashion world, he then founded the design agency ‘Michalsky designLab’ in 2009, focusing on product design and corporate fashion. Well-known clients of the agency include Disney, BMW, Marriott Hotels, Sony, Afri Cola, Intel and P&G. Since 2012, the designer label ‘Michalsky Living’ has also been one of the most successful brands of the designer. With this label focusing on interiors, Michael Michalsky is turning his fashion creations into home designs.

Michael Michalsky has also been celebrating success as a book author and expert in popular television formats. This versatile artist and designer enjoys a steadily growing celebrity following and is established as a permanent fixture on the fashion and design market. 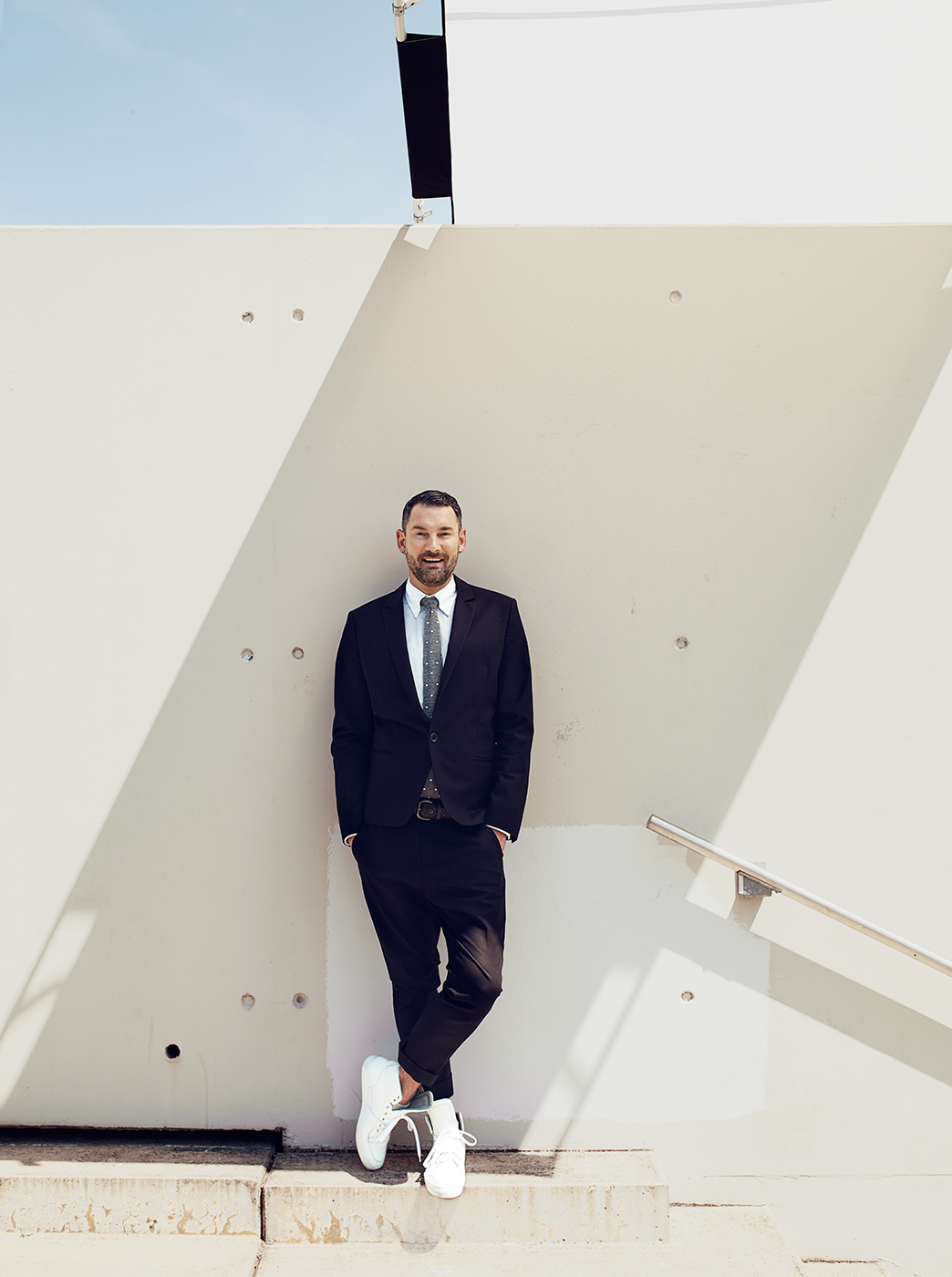 “My sources of inspiration mainly come from music, art and youth culture. I like to observe how the people in the large cities of this world live and how they design their personal environments. That’s where I get my ideas for new designs.”
Michael Michalsky

Michalsky Living – the wallpaper collections at a glance 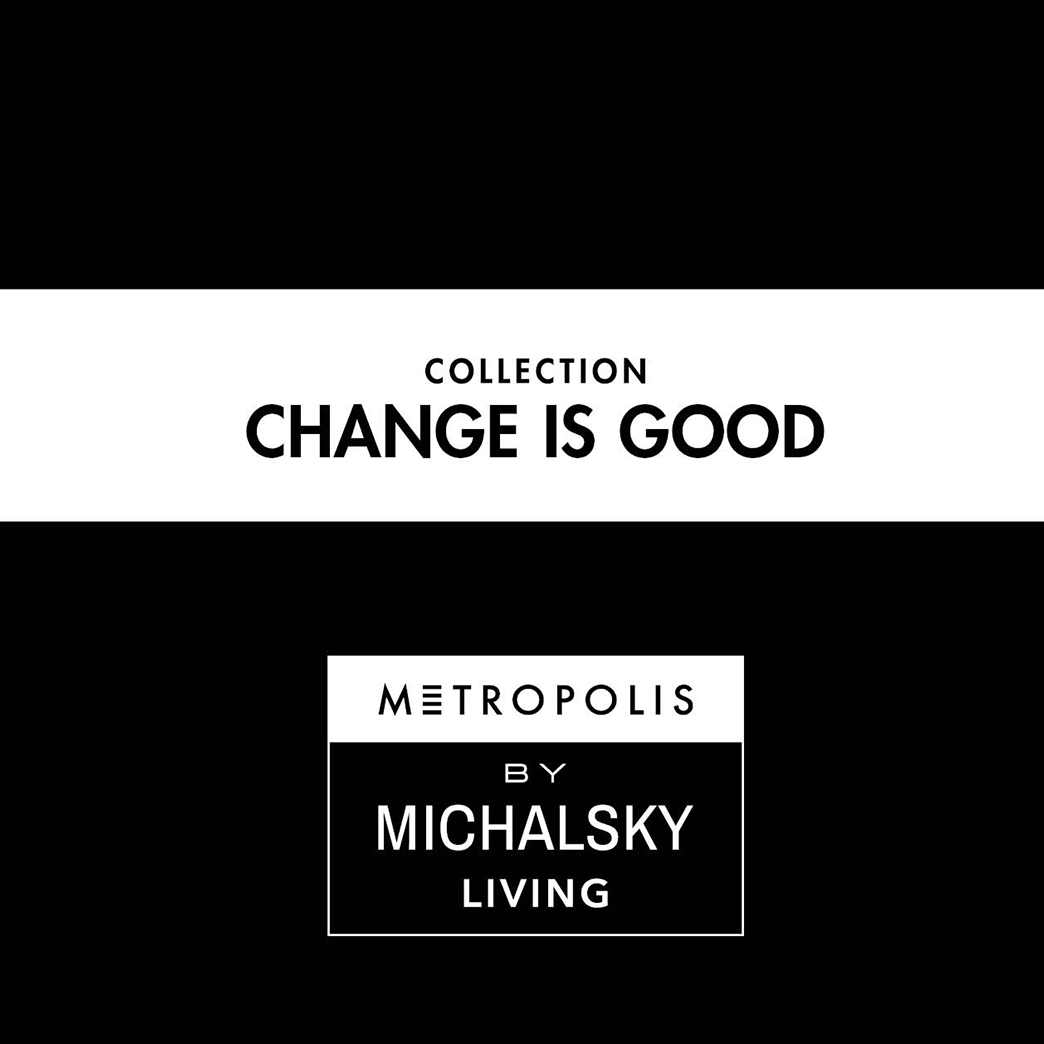 Michalsky Living is starting a new chapter with the ‘Change is Good’ wallpaper collection. The jungle look is adapted and re-staged for the big city. The natural designs and motifs meet graphic patterns, bringing inviting freshness and elegant decor to your walls. Animal motifs and exotic leafy patterns offer a colourful design, transforming into a tropical eye-catching feature. Bamboo motifs and palm patterns create a natural look, conjuring up a brilliant effect on the walls with metallic colour effects. Graphic patterned wallpapers with filigree line designs or striped patterns add restrained highlights, ensuring that the room has a clear image. At the same time, attractive surface effects such as marble looks create a luxurious design and feel. Classic plain wallpapers in appealing colours add to the floral, graphic designer wallpapers and create a harmonious balance to the eye-catching decor.

The wallpapers from the ‘Change is Good’ collection create a modern feeling in the home, giving the room that extra something special.

To the collection: Change is Good 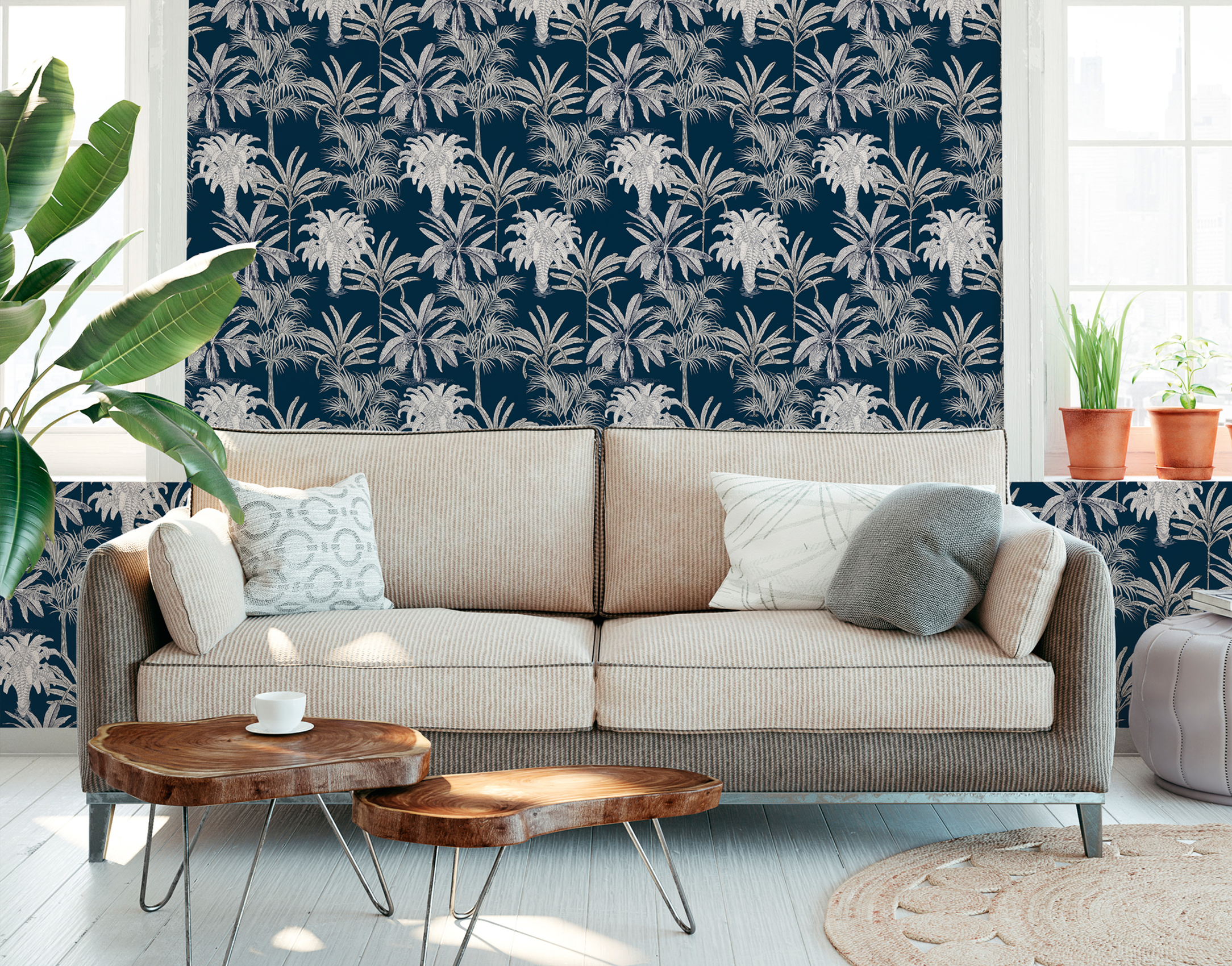 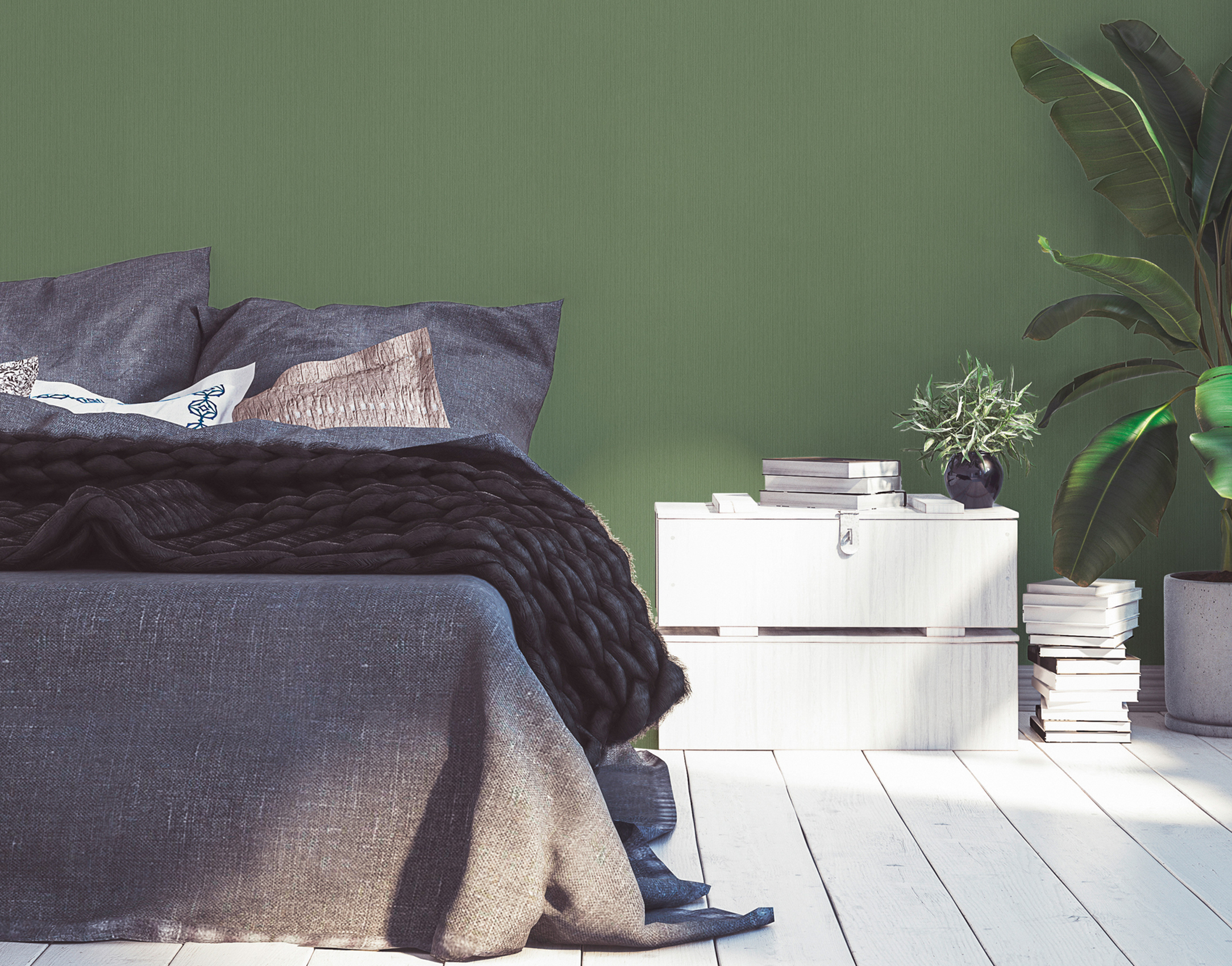 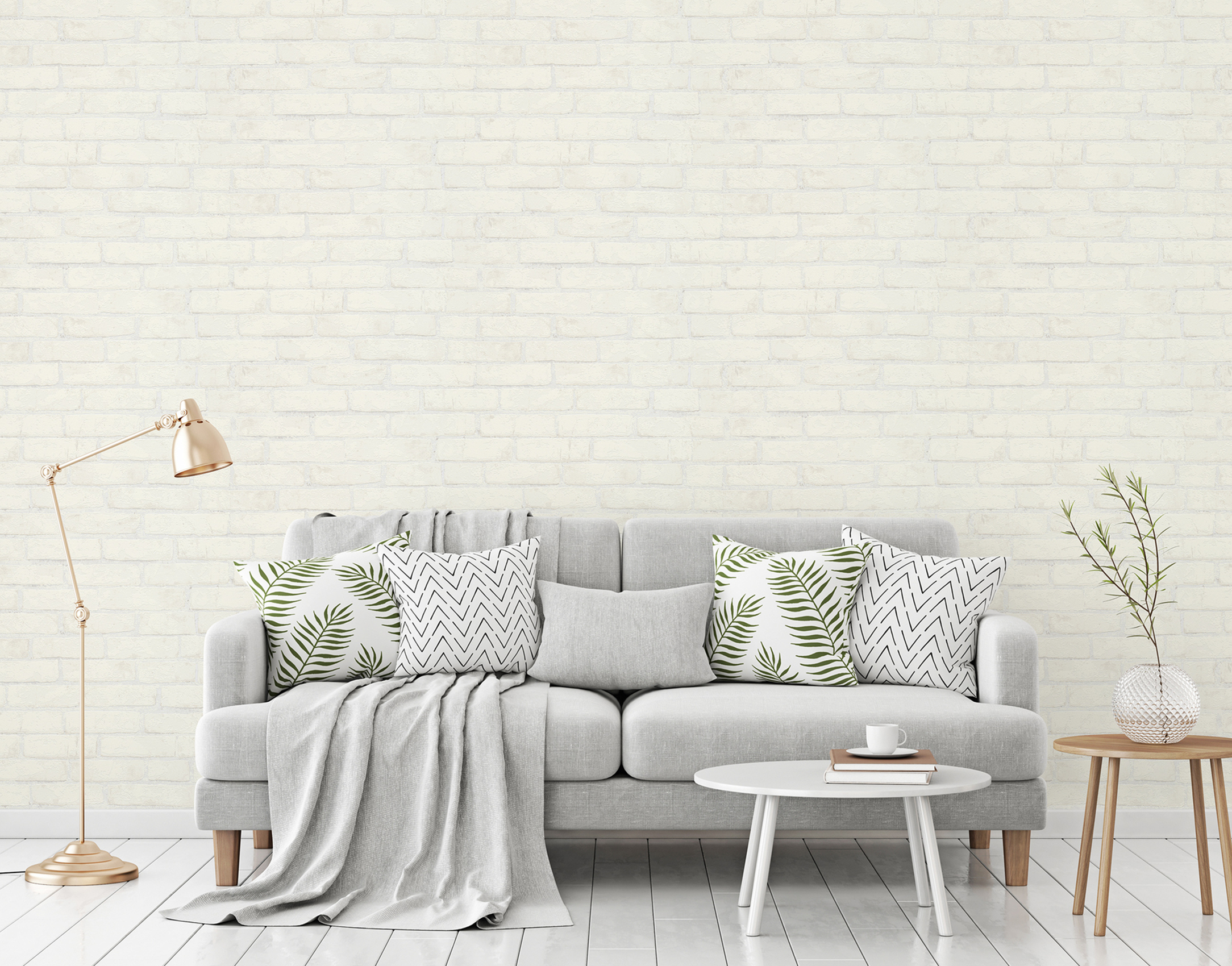 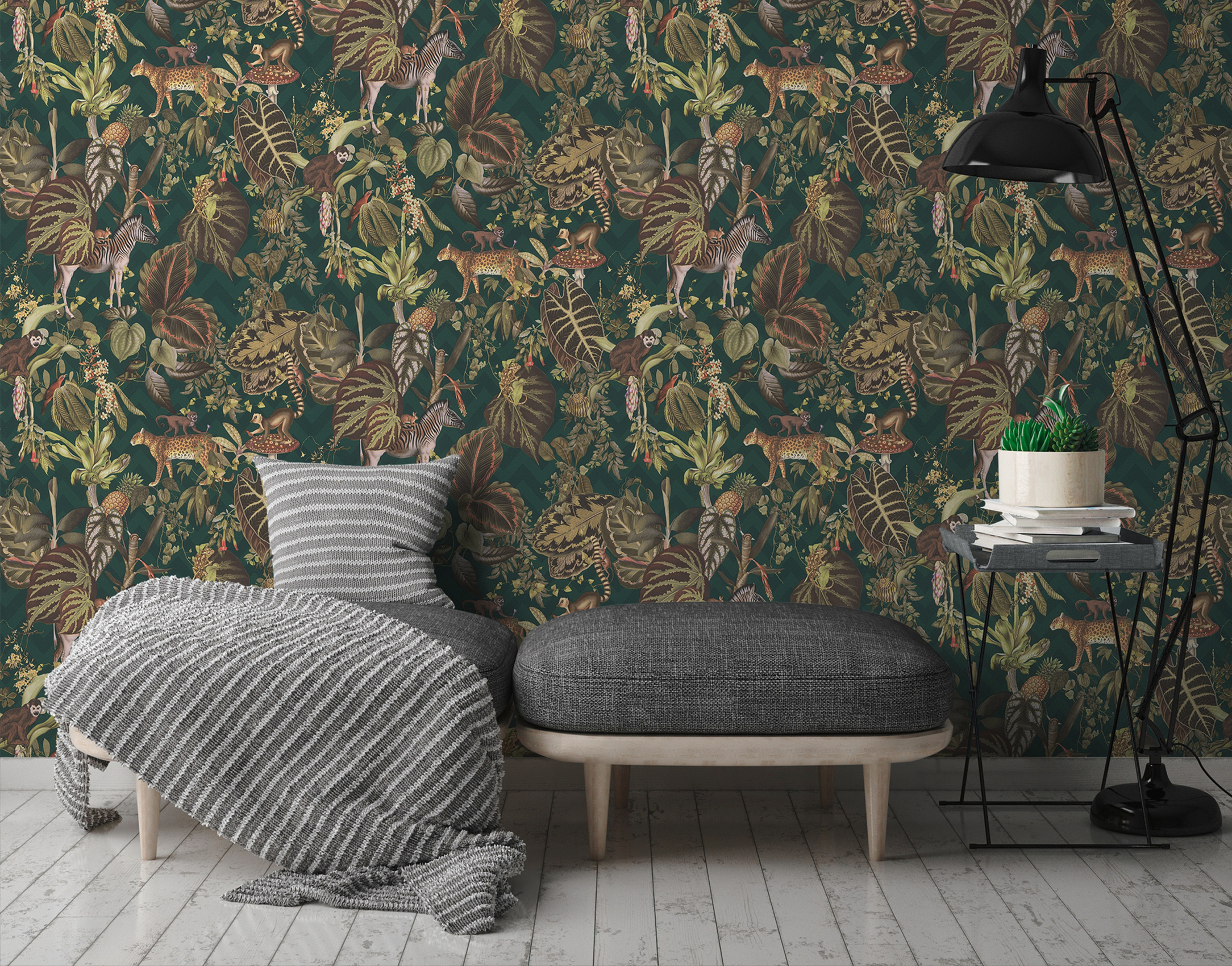 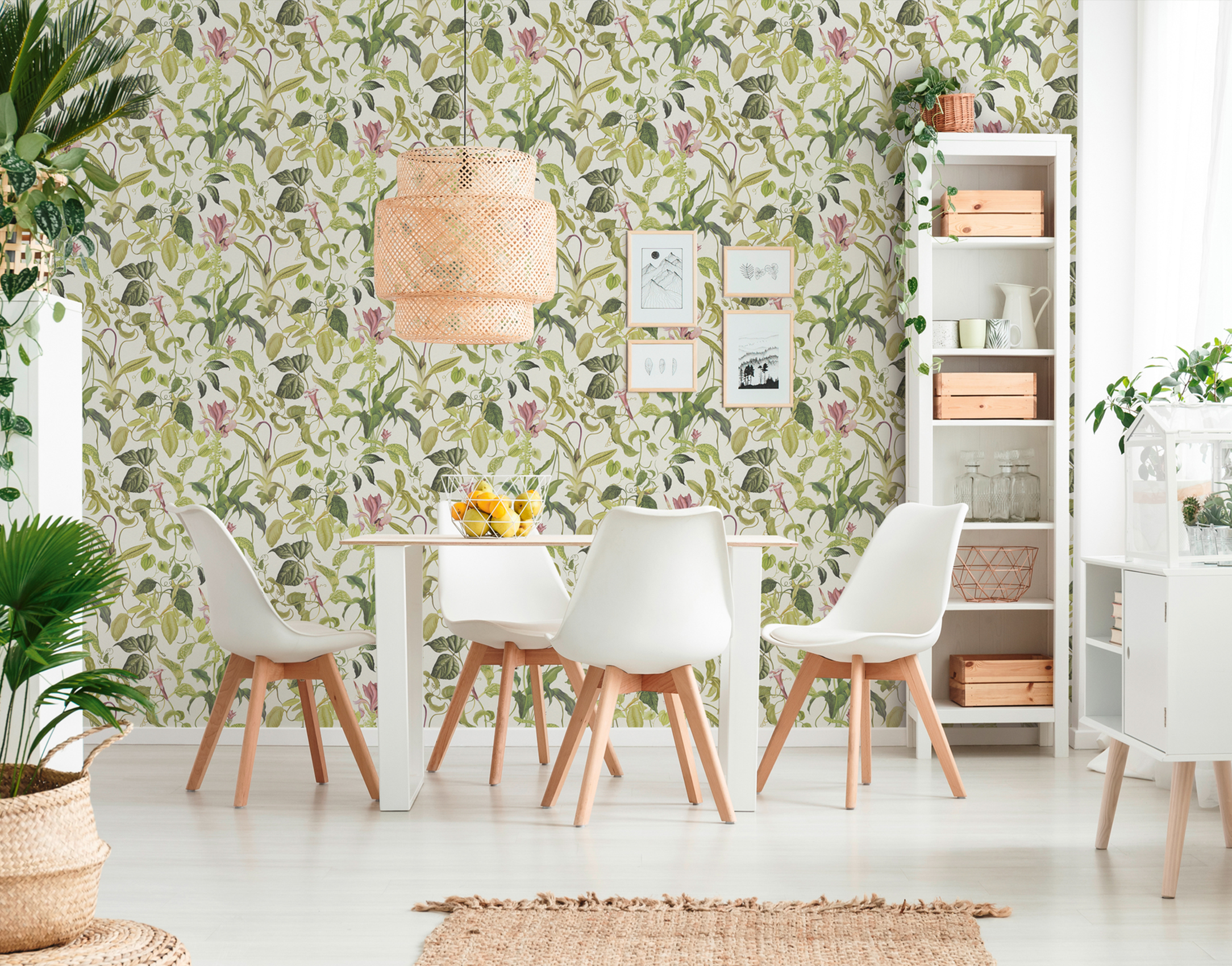 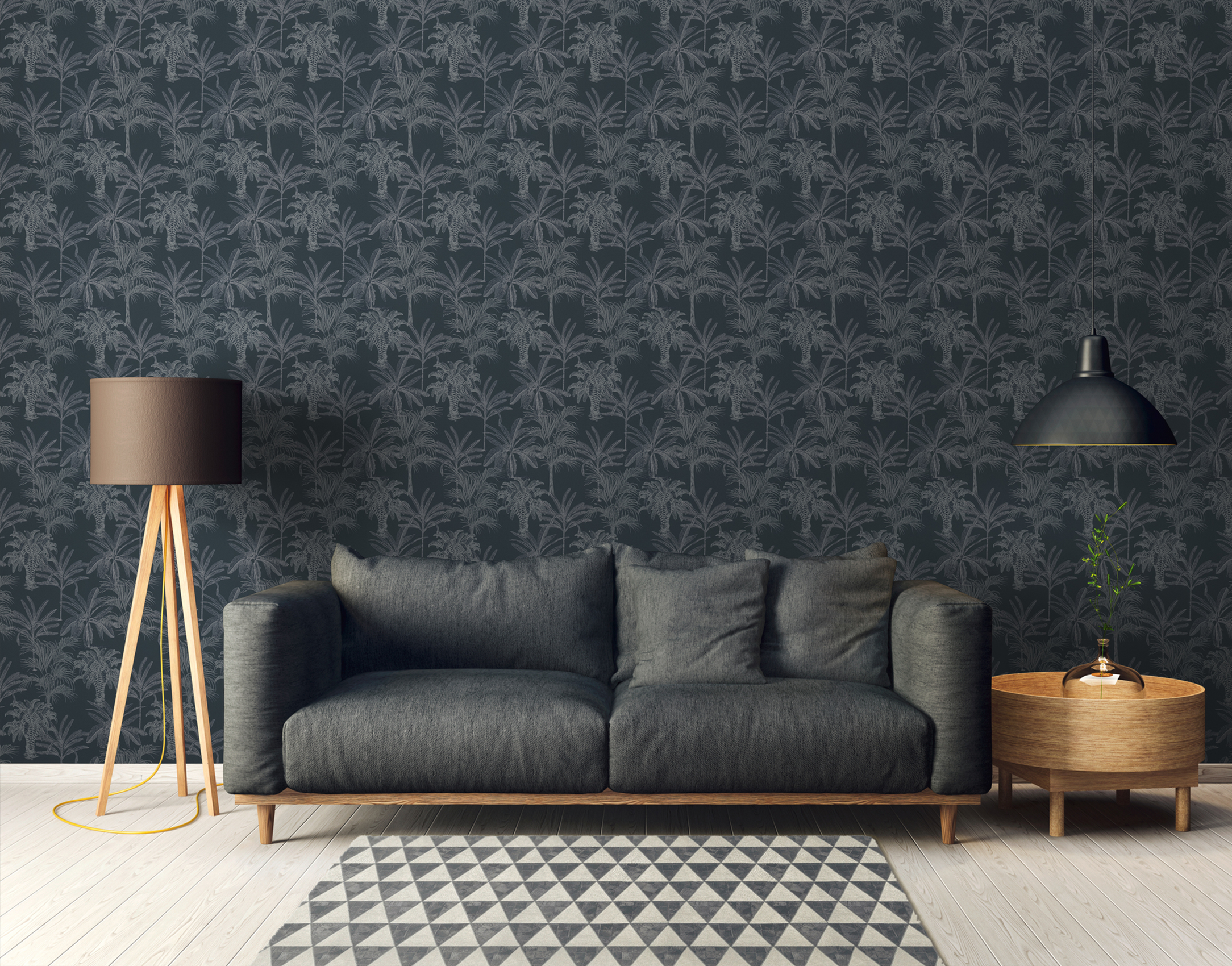 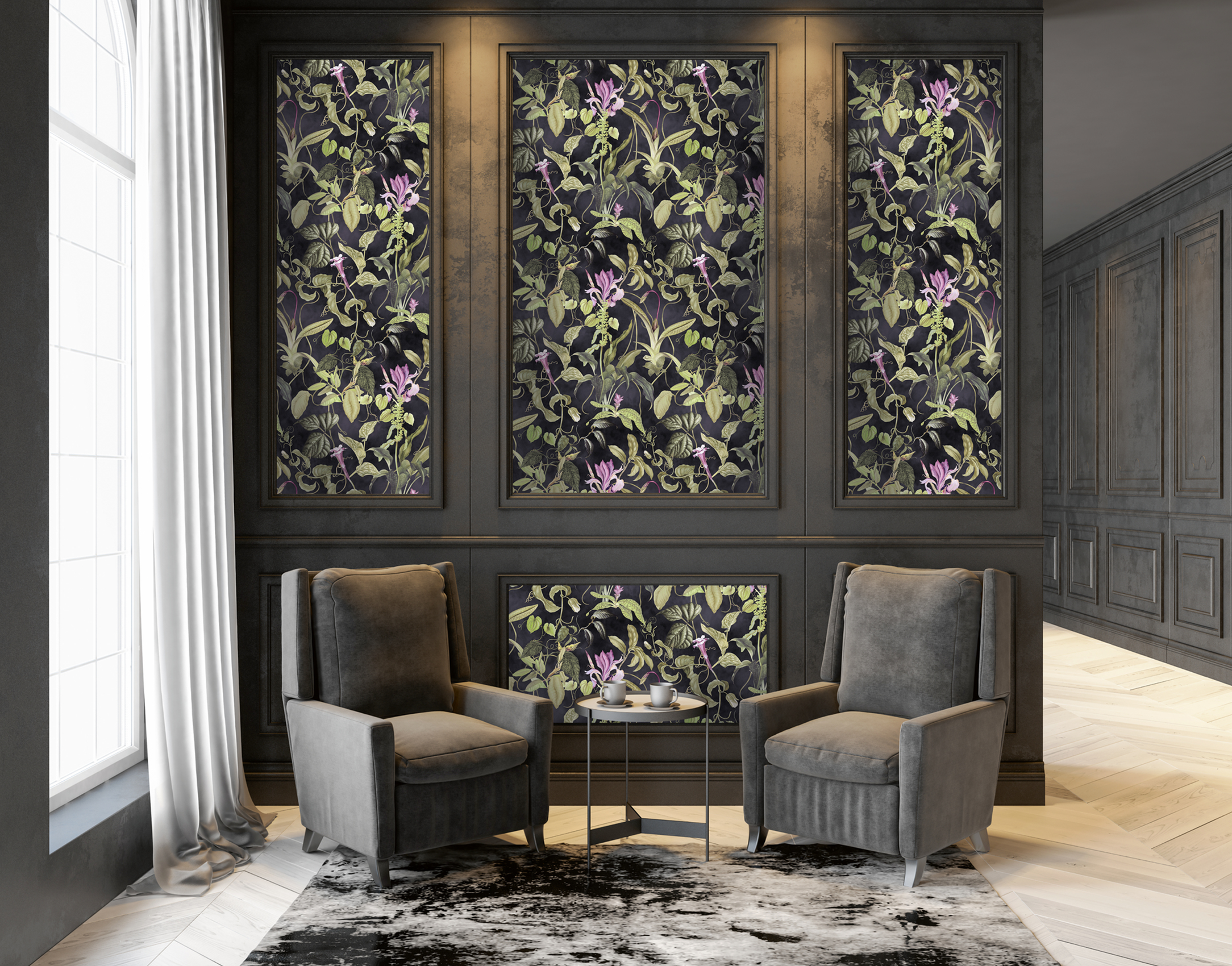 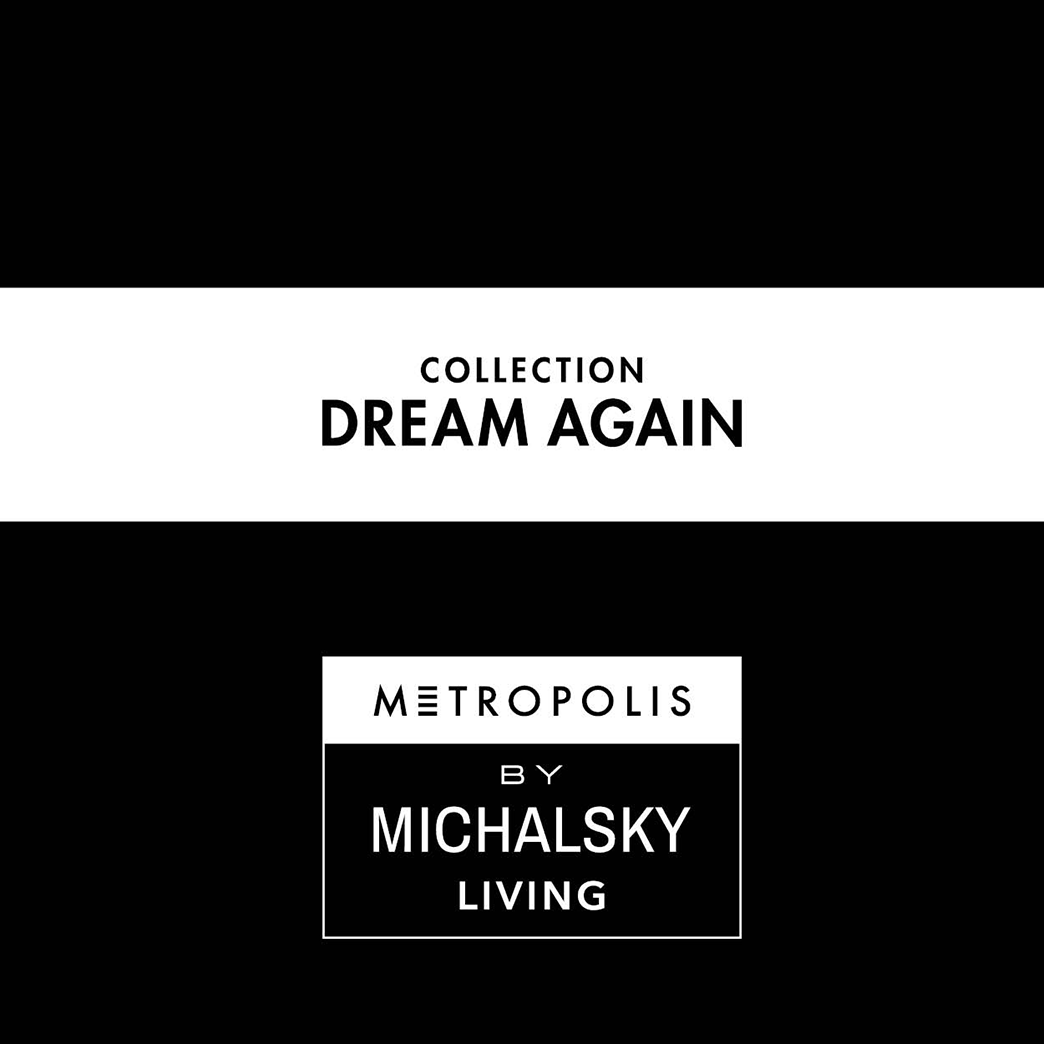 Home design dreams that do come true. With the designer wallpapers from Michalsky Living, bring modern wallpaper design for urban living to your walls. The interior design label from fashion designer Michael Michalsky is once again bringing out a collection full of extravagant and graphic styles. The look is celebrated with modern interiors with floral designs and an elegant colour concept featuring trendy shades. This creates elegant décor and a timelessly beautiful feeling in the home.

The third wallpaper collection from the ‘Metropolitan’ series includes 60 new designs and offers a wide selection of models, including graphic patterns, Sixties-inspired animal prints, floral patterns, ornaments and attractive plain colour wallpapers.
With the floral designs, large-scale patterns and appealing colours, the wallpapers become a style-defining element in the room and create a special ambience. Fall in love with the design highlights from the Michalsky Living collection now.

Discover the dreamy patterned wallpapers and harmonious plain colour wallpapers from the ‘Dream Again’ collection for your walls!

To the Michalsky Living collection 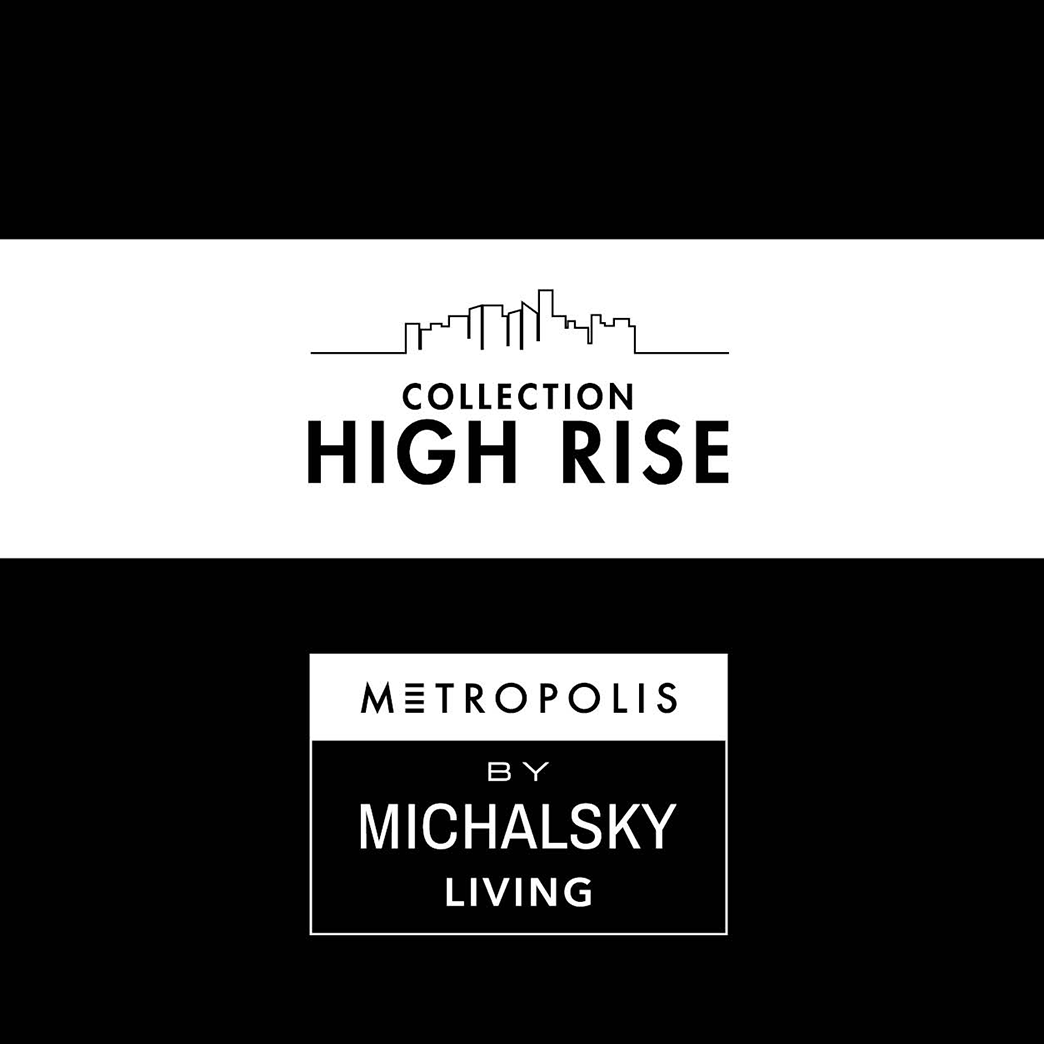 Michalsky Living presents the new wallpaper trends in the style of the designer label, in collaboration with A.S. Création. The ‘High Rise’ collection adds to the successful series ‘Metropolis by Michalsky Living’ and once again demonstrates how elegant, beautiful and urban living with wallpapers can be.

In the same way as the previous collection, the characteristics and trends of big cities serve as inspiration for the wallpaper patterns and designs. ‘High Rise’ is devoted to the style of the high rise buildings and skyscrapers that rise up into the skies and shape the city’s skyline. The big city skyline can be found in the Starstamp motif. Geometric motifs and the three-dimensional stone effect refer back to the city motif. Subtle shades and well-combined shades of grey complete the look of the wallpapers, creating a timelessly beautiful décor in a modern style. 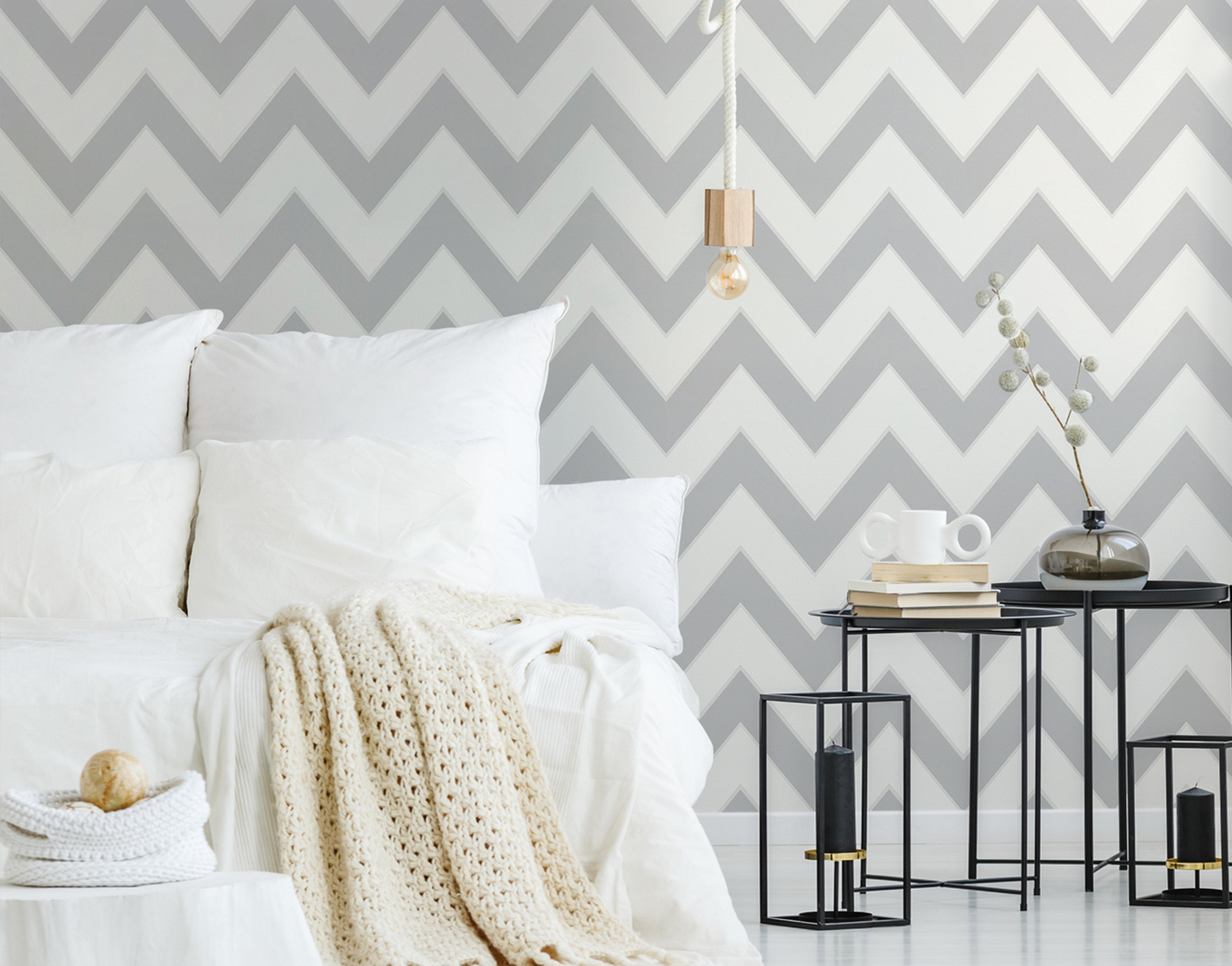 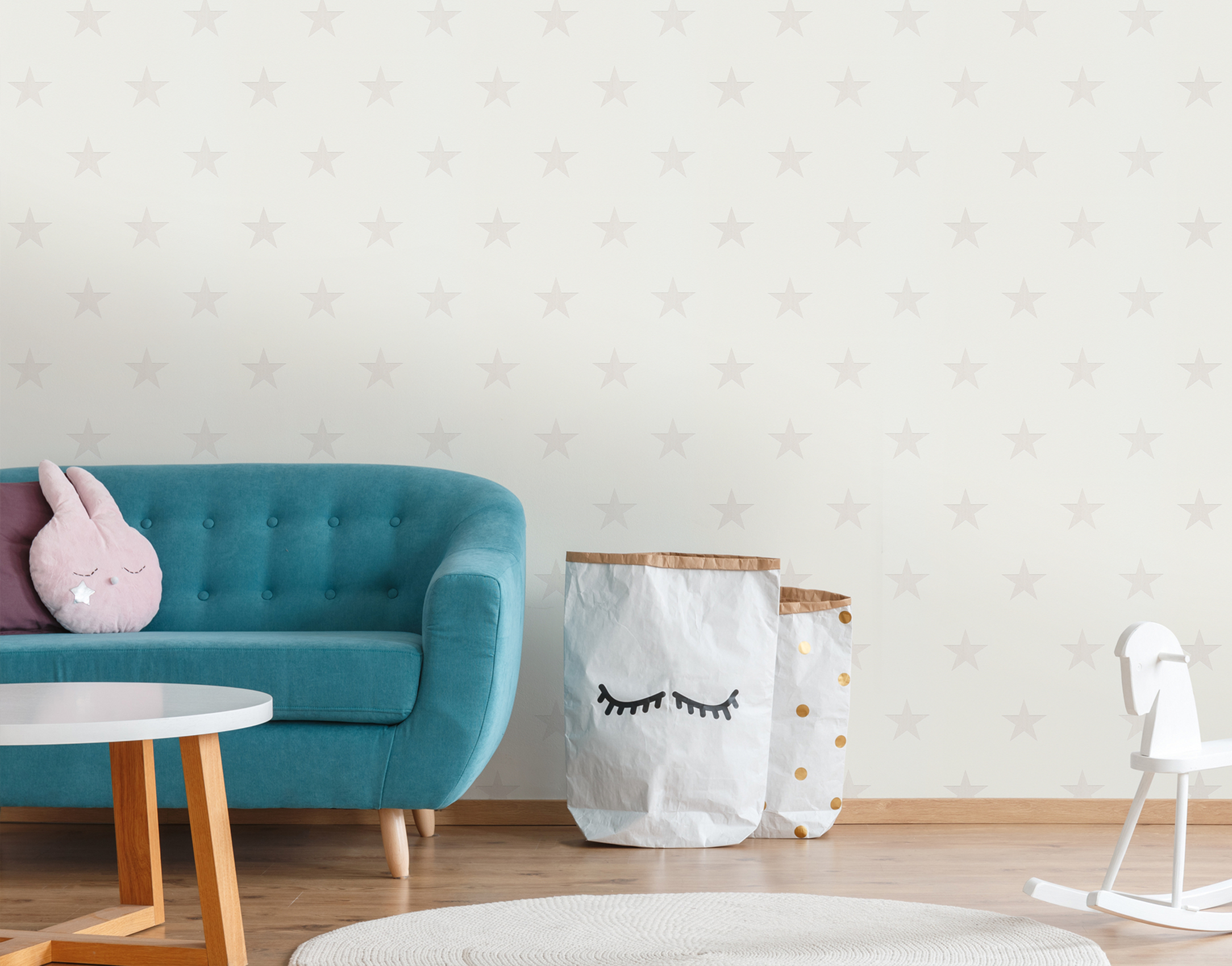 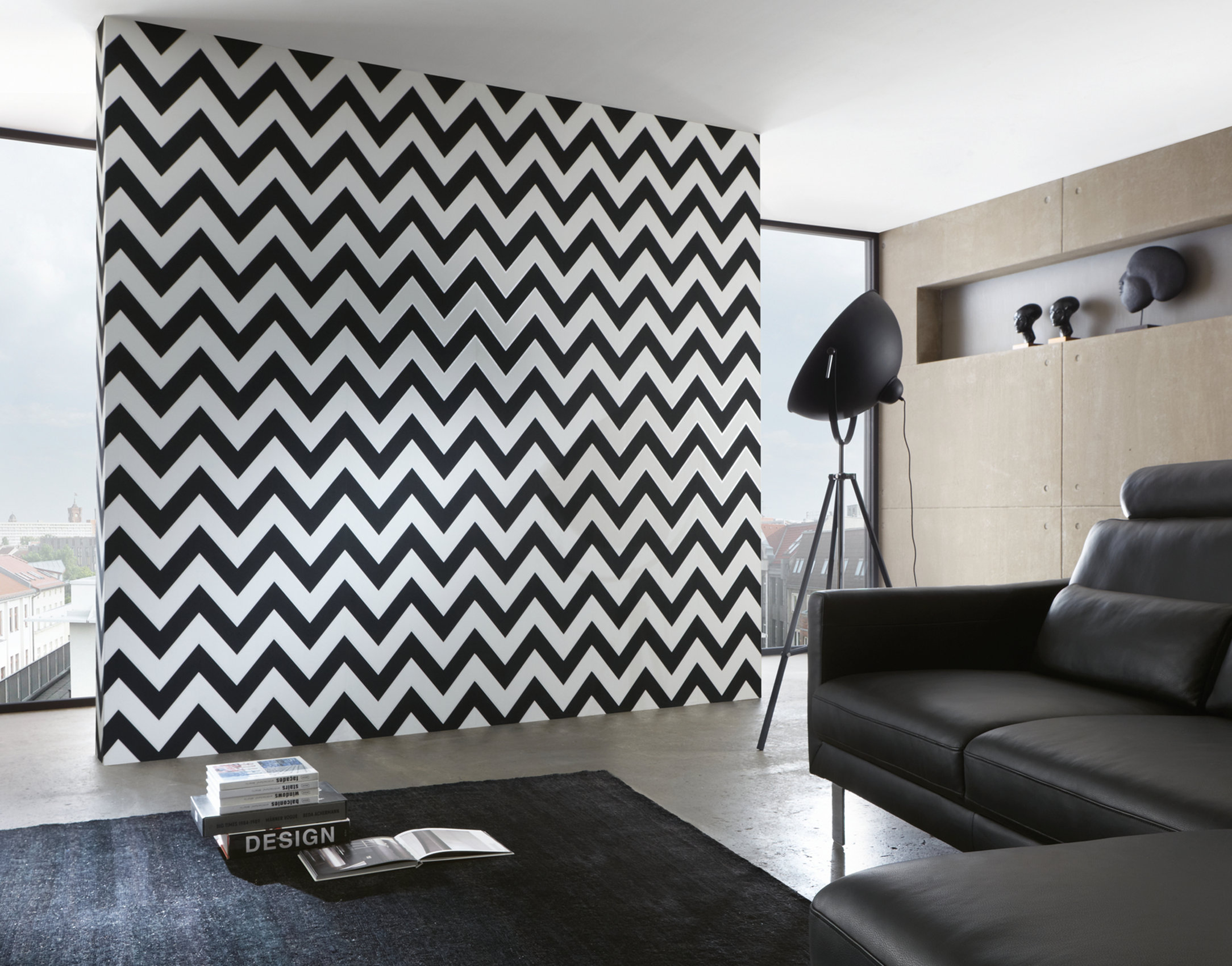 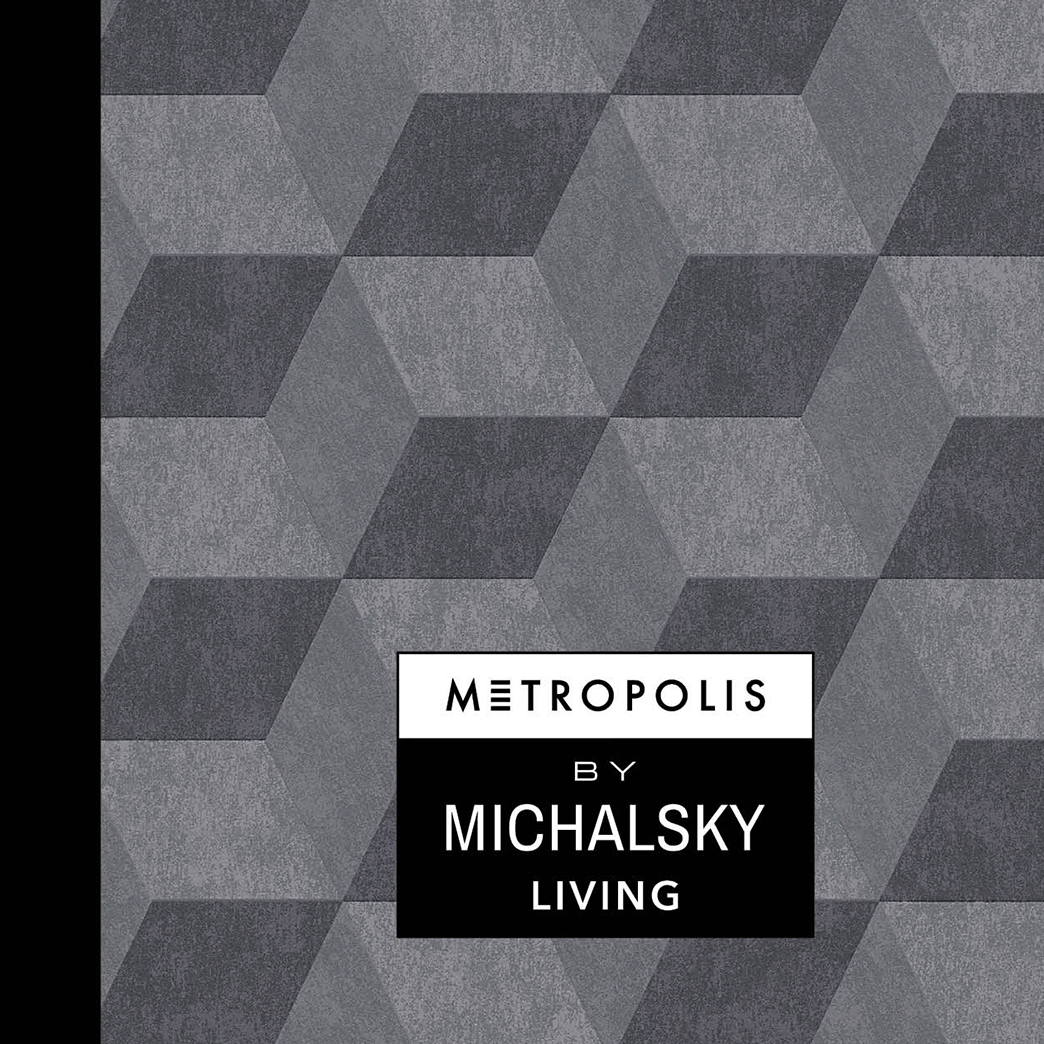 This is the first wallpaper collection resulting from the collaboration between Michalsky Living and Germany’s biggest wallpaper manufacturer, A.S. Création.

The 2013 collection featuring creative wallpaper designs by Michael Michalsky was published under the slogan ‘Metropolis – feel good at home’, inspiring customers and adorning their walls right from the start. This success led to an expansion of the design and the colour variations in 2016. The new series built upon the urban-inspired decors and the characteristic style of the different metropolises. The fascinating combination of street fashion and luxury design was interpreted in graphic patterns, striped designs and floral prints. That’s why every type of wallpaper finds the perfect wallpaper for different living spaces. Textured embossed plain colour wallpapers complete the wallpaper collection and are ideal for creating a combination within the room and a balanced effect on the wall. 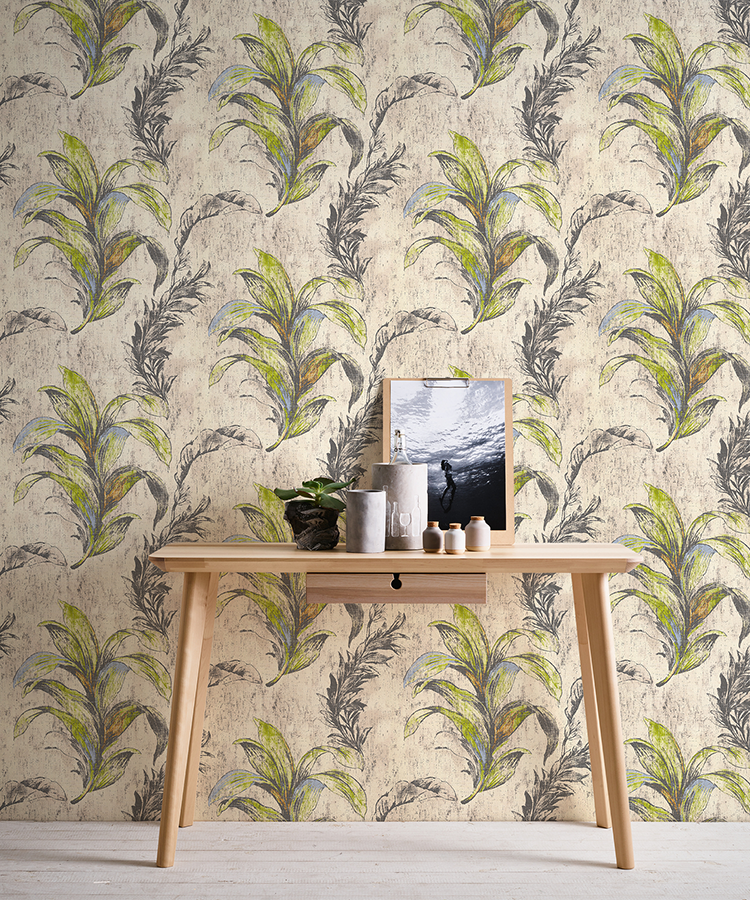 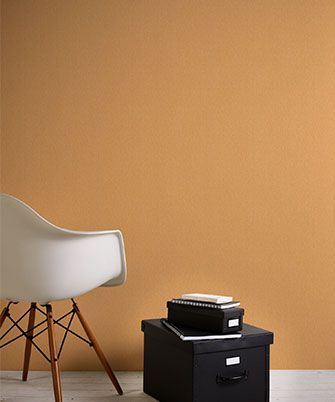 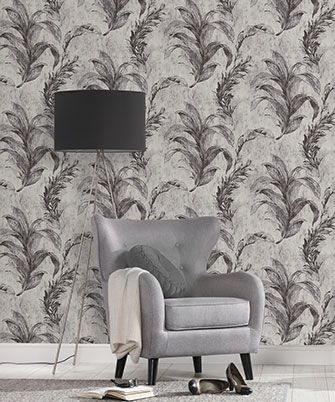 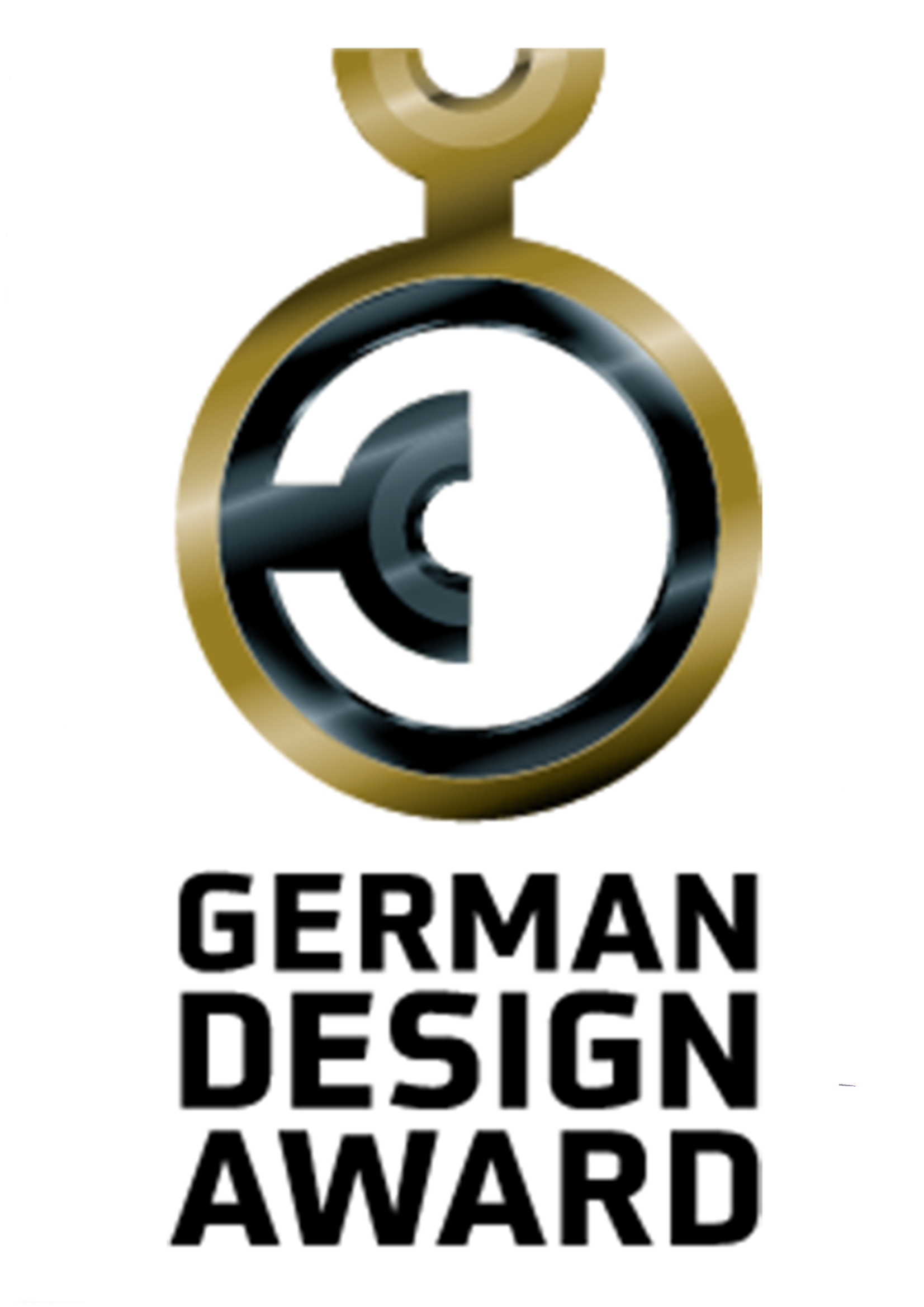 ‘Metropolis by Michalsky Living’ received the premium prize awarded by the German Design Council in February 2017. Every year, the German Design Award honours top-class products with pioneering design, selected by a specialist jury. The Council's jury awarded the wallpaper collection with a prize in the category ‘Excellent Product Design’. Both the manufacturer A.S. Création and the designer Michael Michalsky were delighted with the award and the acknowledgement of their collaboration in the product development. 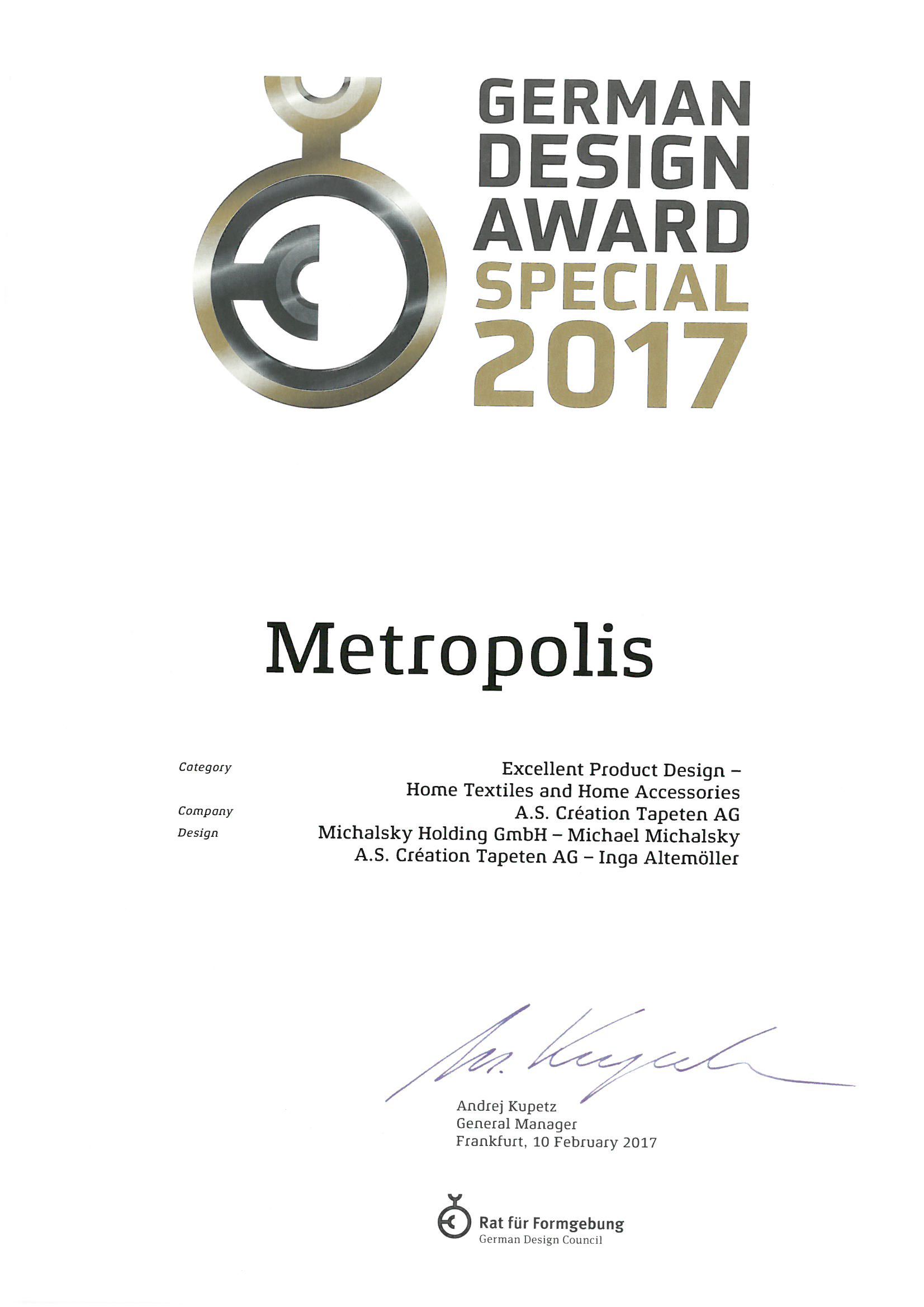 After almost a decade full of collections and wallpaper designs, there is no end in sight for the successful collaboration between the wallpaper manufacturer A.S. Création and the brand Michalsky Living. On the contrary, the growing interest in designer wallpapers promises to give rise to more collections in the future.
The range is constantly being developed and added to, meaning that in addition to the high-quality non-woven and vinyl wallpapers, there is now also a selection of photo wallpapers that complement the existing wall design options. The premium wallpapers from design expert Michalsky show how beautiful and decorative German design can look on walls. Wall design made by Michalsky Living is a highlight for your walls!

Let us impress you – find the perfect Michalsky wallpaper for your wallpapering project here today. Browse the top collections and discover the wallpaper designs of the future. Fall in love with designer wallpapers now and make a statement with your walls with subtle elegance and modern, urban style. In keeping with the style of the German label. 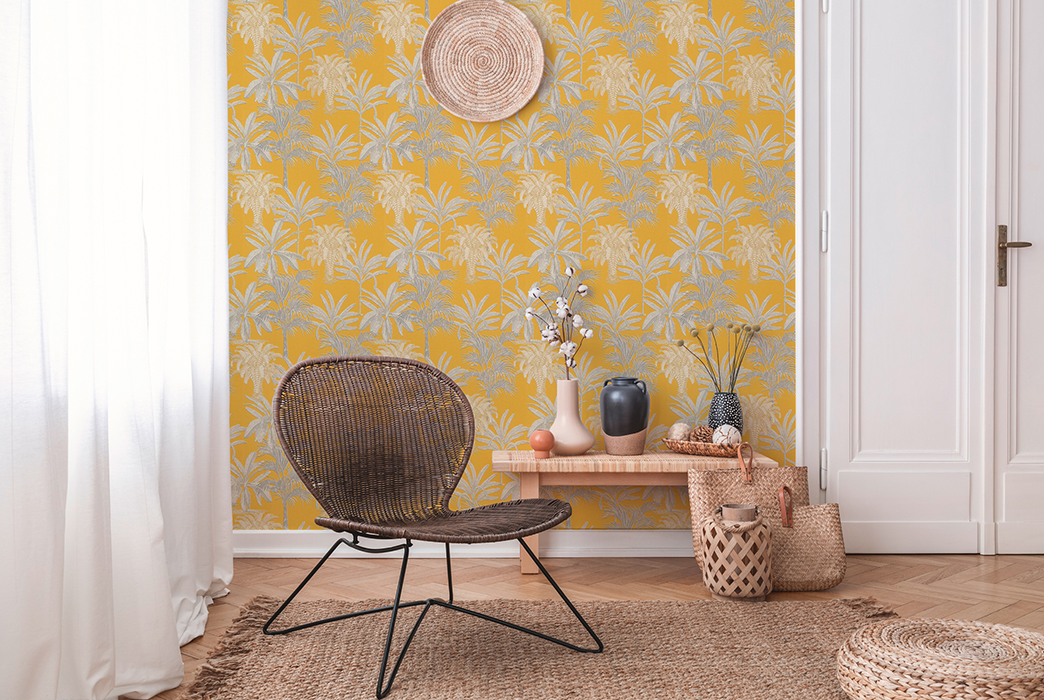 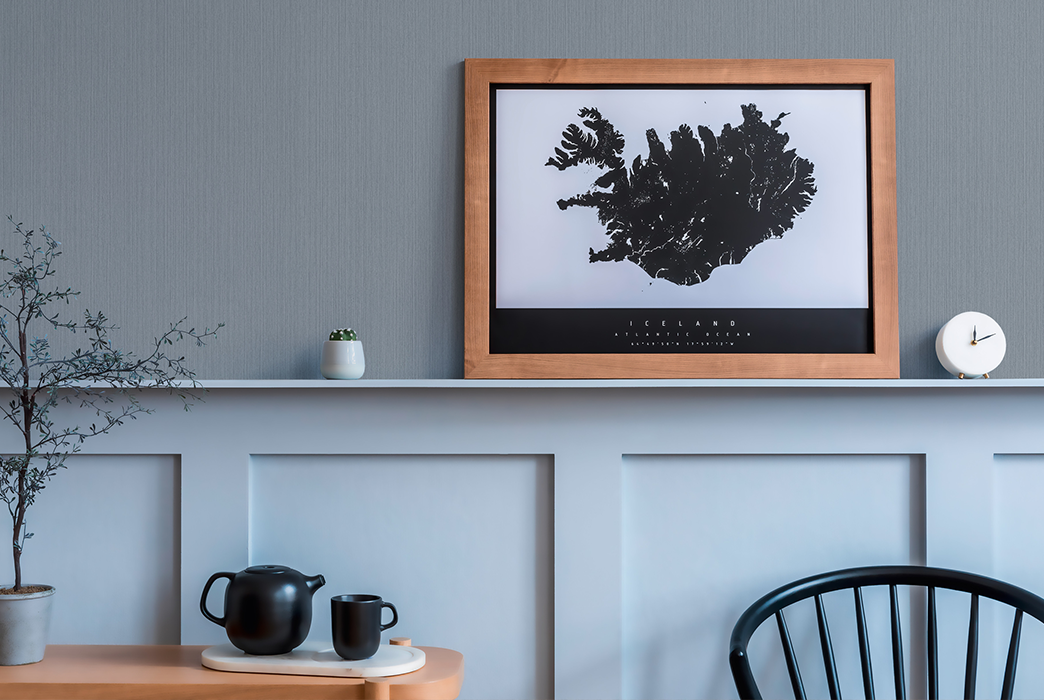 Please select your country for delivery:

This Modal is powered by moori Foundation

New Walls.
Hello, how may we help?
Outside of our opening hours